We’re in lockdown, we’re supposed to be bettering ourselves and completing those unfinished personal projects, writing our novels, and doing more exercise than we normally would. Instead, I finally got around to beating Flashback. 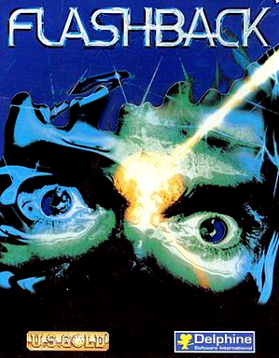 I think I played this pretty close to release date on a friend’s Atari ST, and I’ve definitely taken the odd stab at it over the years, but its infuriating level design has always driven me away before the end. Eighty-nine pence offer on the Switch store, and was ready to take another go at it.

I’m not going to say I kept my cool completely throughout, the later levels in particular have some parts that would test the patience of a saint, but I made it all the way through.

Not entirely without a little bit of help, however. The last part of the game? The last thing you do on the last level? Take a hidden elevator to the escape shuttle. A hidden elevator. At least, it certainly seems hidden, maybe there’s a tiny visual clue.